So much went into this race in terms of preparation, training and recovery I couldn’t fit everything into one article. Welcome to part 1! Ironman is tough, whether you have lung disease or not! Putting your body through a 3.8k (2.4m) swim, 180k (112m) cycle and a 42.2k (26m) run is an extreme challenge. Doing this with 30% lung function and carrying an oxygen machine is, as I’ve discovered, next level extreme! The first challenge is actually getting to the start line.

For the last 12 months or so using an oxygen machine while exercising has become part of my life. Thanks to a nasty infection in 2017 which took 4 months to get over, my lungs have deteriorated to the point my oxygen levels drop significantly during exercise. When the plan to do Ironman Cairns was first hatched, my wife Leanne and I realised there would be some planning involved. No patient had ever attempted to do a race like this carrying an oxygen machine, so firstly we had to get approval to to do it. 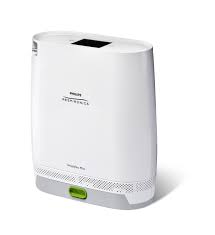 First approval was from my respiratory doctor. Fortunately he’s been my doctor since I was first diagnosed, he knows I take great care in preparing and training for my events. He also trusts me and my knowledge of how my body works, when to race and when to stop! Race discussed – approval granted. Next approval was from the Ironman Corporation, the race organisers. While it is an Ironman race, race day is control by Triathlon Australia (TA), our governing body of all triathlons.

Ironman were happy for me to race and started the approval process with TA. We submitted our race plan as well as photos of how the oxygen machine would be mounted during the cycle and run leg of the race. This included how we would manage battery changes. We calculated I would need 6 batteries to complete the race. In swim training I have managed to keep my oxygen levels under control which was great as we didn’t know how we could utilise oxygen on the swim leg, this is a work in progress.

Eventually it was agreed the best scenario was for my oxygen machine to be secured to a rack on the rear of my bike and I have another rider accompany me to carry my spare batteries. My son Curtis agreed to be my riding partner for the 180k cycle leg. On the run leg I was to carry the oxygen machine in a backpack and have spare batteries positioned at an aid stations on the course – approval number 2 granted. From the start of training it become apparent to me this was going to be the ultimate test for my lungs. The extra weight of carrying the oxygen machine when cycling and running was more taxing than I had hoped. I finished Cairns Ironman in 2014 with less than 30% lung function but in that race I didn’t need an oxygen machine. This time around my training times, especially running was a lot slower than previous.

After six months of training for Ironman Cairns I had no idea whether I could finish the race or not. There were so many variables which I couldn’t account for. I needed the seas to be calm for my swim, I knew I would struggle up the hills on the cycle course, and a windy day would only increase the burden on my lungs. If I could get through the first two legs of the race unscathed then hopefully I’d have enough in the tank to finish the run leg.

To add to the challenge 10 days before the race I come down with flu like symptoms. I had to try and cut this off before it took hold so it was straight on antibiotics and steroids for me. My wife Leanne made me promise I wouldn’t start the race if I was feeling sick. It was certainly a race against the clock to get myself well. This meant no training in the lead up to the event. On race morning I hadn’t done any exercise for 10 days and was still on antibiotics and steroids but I felt like I had beaten off the illness. Not the perfect preparation but it’s rare to have a perfect preparation in Ironman.